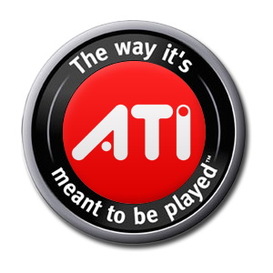 AMD/ATI is starting to catchup with NVIDIA on their hardware support. Drivers for ATIs cards are being released much more often than before, but sometimes the Driver Installation proccess can be a royal pain, especially on laptops with switchable cards option like the m17x or m18x. 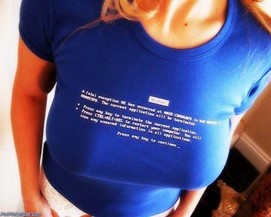 This guide will be divided in 2 parts, the first one with only a few and easy steps to follow with an optional part that works 90% of the times and will ensure a clean install. This one is directed to any AMD/ATI GPU user

The second part of this guide will is intended for m17x and m18x owners with switchable cards option and are unable to install latest drivers following the first part method. Sometimes updating drivers on these laptops can prove to be extremely difficult and forces their owner to ramain on Dells drivers.

*But before doing anything download and install Microsoft Frameworks 4.0 because is needed for an optimal operation of CCC.- 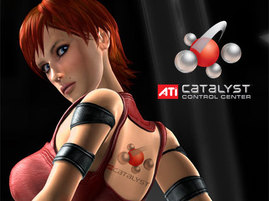 These are the minimum requiered steps, but if you want to ensure a clean install follow with these before installing your new drivers

5. Check that c:\Program Files\ATI\ is empty.

6. Check c:\Windows\Assembly\ to see if there are any files with Public Key Token of "90ba9c70f846762e" (Sort by Public key token to get a easier view). If any exist, uninstall by right clicking and selecting uninstall (can be done on multiple files at once).

8. Using Regedit, assure that these registry locations are empty: 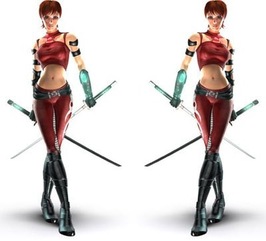 ** Start from a clean base - remove the existing drivers through Control Panel (and/or Device Manager, if needed) until both display cards are identified in Device Manager as Windows VGA devices.

** Restart in Safe Mode (F8 at the boot screen) and run DriverSweeper (selecting only AMD - Display).Restart when prompted.

** Check that all is installed and working properly with the Dell drivers. Right click on desktop and click on Configure Switchable Graphics. Close or minimize any open programs and switch to the IGP. Then switch back using the same process. You want the discrete (ATI) card to be active.

** Download the reference drivers you wish to install. The Cat 11.10 WHQL set will do fine.

** Install the ATI/AMD drivers as you normally would. Ordinarily, one of two things occurs:

(a) Occasionally (rarely) it just installs cleanly, tells you to reboot to complete the process, reboots with the new drivers and you're done.

(b) More often, when it finishes the installation, it just sits there without directing a reboot. When you attempt to restart manually, you get a BSOD during the shutdown phase. Very odd, but perfectly normal in this context. Hold down the Power Button to force shutdown.

** When you restart, one of two things occurs:

(a) It starts cleanly and reboots into Windows at normal (1920x1080) resolution. This should mean that the 11.10's are now installed and active. Check CCC>Information>Software to confirm that the Catalyst Version (second line) now says 11.10.

(b) More often, it will restart into Windows using the Windows VGA Adapter (low resolution, limited colors, ugly), with a notice that the ATI 6900M does not have the necessary drivers. Go to Device Manager for the 6900M Series card, and it will probably say that it cannot start because the driver is not digitally signed (or words to that effect), but it will show the proper driver.

** Restart, pressing F8 rapidly at the boot screen (do not hold F8 down continuously) and select "Disable Driver Signature Enforcement." It will boot cleanly into Windows with the new drivers active, as reflected in both CCC and Device Manager. Sometimes that's all it takes, but not usually. Reboot normally to see whether Windows now accepts the new drivers. If you boot into Windows at normal high resolution (1920x1080), then you're finished.

** However, if you reboot back into VGA resolution, then there's more to be done. First, try reinstalling the 11.10's over themselves. (Go to c:\ATI\Support\11-10_mobiility_vista_ Win7, etc (or whatever folder you unpacked the 11.10 D/L into) and run Setup.exe.) I'm not sure why this works except that the second installation will not encounter conflicts with the previous drivers, but usually it does, especially with official WHQL drivers.

** If, after the second installation of the new drivers, they still don't take and Windows starts once again with the Windows VGA Adapter/resolution, then reboot using the F8/Driver Signature Disabled routine. When Windows starts with the new drivers active, launch Catalyst Install Manager and select Uninstall-Custom. Deselect All and then highlight CCC, click Select and proceed to uninstall CCC. Reboot using F8/Disable Driver Sig. Then, using CIM, select Install-Custom and install CCC (CIM will also automatically reinstall CIM and the display driver when CCC is installed). Exit and reboot.

** You should finally have the new reference drivers (with the associated CCC) installed and working. Check CCC>Software>Information and Device Manager>Display Adapters>Properties>Driver to confirm. Also switch to the Intel IGP to test the function.